10 essential tips to speed up software development on Linux

Developers who always use Linux can not shut up about it because it is actually that good. It feels like you are coming out of the abstraction cage and you have control over everything. For once. Here are some tips to make software development on Linux highly productive and fun at the same time!

This feels like the obvious, but I have seen many beginners who did not know about this basic feature. Whenever you are typing a command, you can press TAB halfway to autocomplete it. It's that simple.

2. Back to the last working directory

Everybody knows that with "cd" you can go into a directory and with "cd .." you can go a step back in the directory path. But what a lot of people don't know is with "cd -" you can go to the previous directory you were in. That's pretty useful if you ask me.

Sudo is important. But sometimes we forget to prefix sudo with a command. Normal people would type the same command again with sudo. You don't have to be normal. Use the mighty !!. You can get the previous command in exchange for a couple of exclamations ( !! ).

4. Get back the CTRL

Here are some simple CTRL+ commands that you can easily remember

If you have a clear console/line, you can use the below command to see the history of the run commands

With this, you got to copy and paste the required command. But, there is a lazier and clever way. You can just run CTRL+R, the reverse search. Then use the bottom arrow to get previous commands one at a time. Then click enter to run your command.

This is one of my favorite ways to save time. You can assign a word i.e an alias to some frequently used long commands. To do this, you need to edit the .bashrc file. This file contains all the commands that run as soon as the computer boots up. It can be found in the root folder.

If you are a cat person, I recommend you to become a bat person. "bat" is just a "cat" with wings. For real. If you want to preview a file, you can use the Linux default command:

But, bat is even better. You need to install it with:

I apologize for the language, but it is a pretty cool tool in Linux. You can immediately correct the typos in the command with this magic word. Install it on ubuntu distro with

The example use of this command

You don't have to shout this word anymore when you type a wrong command. Just type it instead.

This is another tool that I cannot live without anymore. You can split a single console into multiple consoles horizontally or vertically. You can open and close a new session ( kinda tab ) with some real easy shortcuts. Install it with: 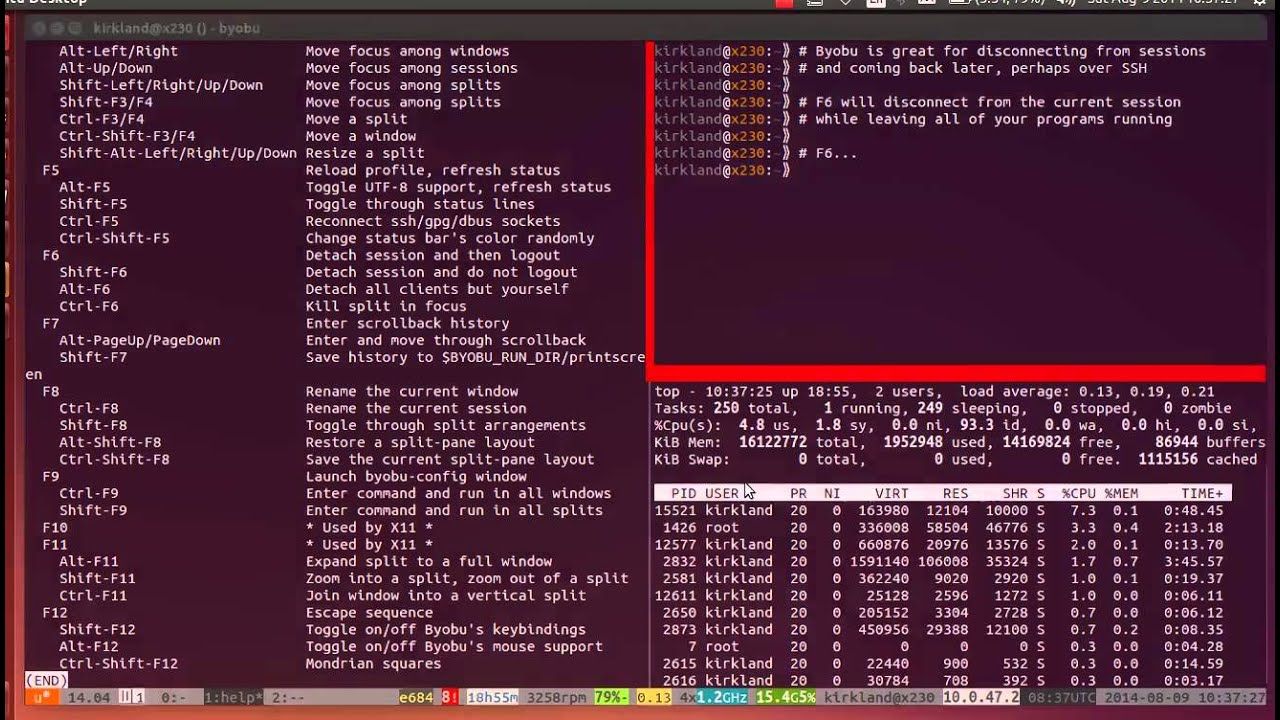 There are some not so useful, but fun tools built inside Linux that you can use when you are bored. For example, you can make Linux cow say anything you want

That's all for now. I will come back with some more advanced tips and tools for Linux in the near future. Stay tuned!

Device Software
What is an RTOS?

In this article, you will learn about the generic Internet of Things device architecture. Certain specific components are necessary to consi...